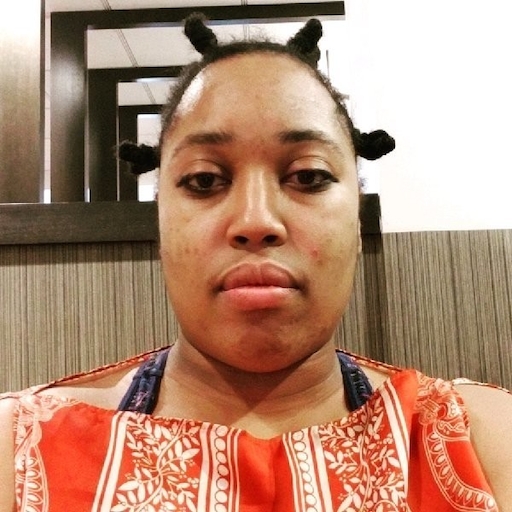 Support me by subscribing to my Mighty Network. Try it free for 3 Days. Cancel anytime.

I am a BlaQueer impossible alien Othergender Dragon what tattoos trees with the queerest most sinister ink and I hurt all over, all the time.

Since I appreciate full disclosure, I’m letting it all out in the open: I’m Black (with Irish and Cherokee sprinkled in to fuck things up further), autistic, aromantic, noetisexual, asexual (though not a celibate one, so that tends to confuse asexuals who are), organic multilinker, Radically (radical non-monogamy coined by Milton Goosby) Integrated Non-Monogamist, autodidact, relationship fluid (term created by Louisa Leontiades), disabled, single parent, in poverty, kinky switch/Dom/me, assigned female at birth, multisynesthetic (most notably visual/touch), intersex, Othergender, Army brat, survivor of several forms of abuse, left-handed, singleish, and panerotic. If anything, I’m a metanoiac alethiologist.

What Have I Experienced?

My disabilities and health conditions consist of but aren't limited to: endometriosis, Polycystic Ovarian Syndrome, Premenstrual Dysphoric Disorder, costocondritis, cPTSD, dysautonomia, fibromyalgia, EDS, plantar fasciitis, eczema, secondary anxiety and depression. I’ve lived in severe poverty for my entire life, including a recent bout of extended homelessness. I’ve had several major surgeries, survived more rapes than I can count, and narrowly escaped stalkers, domestic violence, and murderers. I’ve been writing cuil fiction, my invented intersectional queer and polya genre, for nearly two decades. I've raised my children on and off with my sister. I’m also a not-quite widow; within months of one another I lost both a former cis afab partner and a then-current cis amab partner, both disabled BlaQueer people.

What Do I Know?

I attended many schools, majoring in areas as diverse as: Drama, Instrumental Music, Choir, Dance, Aviation Maintenance, Teaching and Technology, Brain and Mind Studies (which includes an in-depth integrated approach to the different disciplines dealing with, well, the brain and the mind), Women Gender and Sexuality Studies, and even Objectivism.

Of course, that’s only my education on paper, the only kind wacademia accepts; since the age of 12 or so I’ve also been a voracious self-taught student of history, sexuality, religions, cosmology, philosophy, math, technology - anything that caught my fancy.

I spend the majority of my time presently engaging in fleshing out the many corners of the cuilverse (the fictional and explicitly intersectional world of my BlaQueer, polya, speary characters); updating my writing on Medium or otherwise educating folks online; serving as a guide for transformative courses such as Integrated Non-Monogamy (another creation of mine) and a few others of intersectional focus.

I was also a contributor to the Postmodern Woman magazine (as well as the sole editor after Louisa turned it over to me), Crossing Genres, and Polyamory on Purpose. I did time as a transcriptionist and social media associate for Everyday Feminism. Additionally, it was my honor to serve as the Digital Content Outreach Coordinator for The Body is Not an Apology and as a board member of Hypatia Software.

Currently, I am a well-rounded Public Speaker at the revamped Metanoiac Space - offering a number of courses of varying topics with which I have personal and educational experience. In my nonexistent spare time, I am the Sensitivity Editor and Founder for Cuil Press.

What you'll get from supporting me

I create integrated and intersectional content. I have unique expertise in a wide array of seemingly disparate areas, yet I manage to integrate it in some pretty fascinating ways.

I'm one hell of a bird, silly as anything, and love to synchronize all the facets of life.

You'll receive access to my presentations, books, cuilness, discounts and early access to courses and content, and so much more. You'll get access to a community where friendship is nourished, where a Safety Net is built for those who most need it, and to structures within my sacred noeticsape. Seriously, check out some of the monthly totals and goodies below.

It'll be the cuilest thing you've ever witnessed!

All You Can Say Is That I'm Welcome!!

Thank you, thank you! Your support is never superfluous; it directly ties into my survival, into my ability to thrive. In a world that denies me space at every turn, having an engaged and dedicated Safety Net gives me the chance to create rather than merely survive.

Who Pays and Why?

Subscriptions ranging from 99 cents to $29.99: intended for impoverished and class-privileged people.

Of all the trillions spent and wasted on trifles, self-indulgence, and creating a more uneven world, the pittance I'm wanting from you now and in the future will always come to benefit you. My existence is already systemically-designed to benefit you, and all I'm asking for really is for you to allow me to do the work that I do best. And that requires having a sustainable and necessary quality of life. That's it.

Some of you may have noticed that you can serve as Ambassadors and actually receive some pretty sweet rewards for bringing others in to help create this new community.

So, literally, no matter how you decide to help, it will have a tangible effect and it will directly benefit you.

Reparations come in so many forms, because it was so much more than just money that we lost. That's why I'm building this; we need a genuine community if the reparations are going to actually mean anything at all.

What say you? Is that worth it? Ready to invest in those whose lives and essences created the entire modern system of value, yet were shut out from participating in it?

I'll work regardless; it's what I do. But I am capable of so much more, if investors and reparations-payers took a real chance on me.

But Seriously... Where Does the Money Go?

A few monthly totals as examples

If you join right now, you can access Pronoia-Level Courses, receive priority for movie Viewing and Discussion sessions, can read sneak peaks of unreleased works, can join the aromantic-centered and gender and sex variant inclusive "dating" site, receive free ebooks, will receive discounted services, and you can directly shape the direction and development of each Space. Also, trolls don't really like to pay for shit, so there's that.

In addition to the stipend and the Q&A session, I will begin setting aside a portion of the funds for the General Safety Net Fund.

In addition to everything included previously, I will be able to increase the Moderators' and Hosts' stipend and unlock Paranoia-Level Courses.

Okay, but seriously, with all of that, what could possibly come next? Well, at this level, Metanoia-Level Courses will be unlocked, a larger portion will go to the General Safety Net Fund, and at least 4 Safety Net members who haven't been matched to a team will receive Direct Recurring Reparations.

Got all that? Yeah, the basic gist is, the more you give, the more everyone gets. Imagine what could be accomplished with over $10,000 each month! I think that's pretty fucking awesome!

Keep Up With The Metanoiac Portal On The Go

The Metanoiac Portal is powered by Mighty Networks
Phone numbers from outside the United States may need to use a prefix (e.g. +44 XX XXXX XXXX). Available on iOS and Android. This site is protected by reCAPTCHA and the Google Privacy Policy and Terms of Service apply.
Choose a Plan
Choose Plan